Yes, this is an ‘extra’ fic, that doesn’t fit into the 1 fic every 2 week posting schedule, so you better enjoy it. 😛

Sam bolted upright, jumping off the bed, snatching his gun from the bed side table, slowly stalking toward the open motel room door, “… Dean?”

At the lack of response, he stiffened, bracing himself as he came up to the door. He took a deep breath and ripped it all the way open, nearly shooting his brother in the face.

“Whoa! Dude, what the hell?” Dean  swiftly disarmed his brother, tucking the gun into the back of his pants, “Are you crazy?”

Sam shook his head as he was instantly hit with a wall of summer heat. The kind that makes you feel like you can’t breath, “Oh my God.”

“I know, right?” Dean shook his head before walking back into the motel, “The first day we get off in how long and it’s this gross out?” He let out a heavy sigh as he grabbed a beer from the fridge, “So much for a day at the beach.”

Sam closed the motel door behind him, easily catching the beer his brother tossed at him, making his way over to the small table his brother had stopped at, “Alright, so what’s Plan B?”

“Well I don’t know what you’re gonna do,” Dean shrugged as he crossed the room, grabbing the laptop off the night stand before nearly throwing himself down on his bed, “But I’m gonna sit here, drink and, uhm…” He adjusted his sitting position as he settled against his pillows, “relax.”

“Yep, got it,” Sam nodded, swallowing down a gulp of beer before snatching his phone and key off the night stand, making his way to the door, “I’m gonna go to the library.”

Dean snorted, raising an eyebrow at him, “You are allowed to have fun once in a while.”

Sam shook his head, hand pausing on the door, “Text me when it’s safe to come back.”

Ugh, Sam pulled at his sweat soaked t-shirt, doing his best to unstick it from his chest as he made the way back to the motel, how is it still so hot out? He checked the time on his phone and shook his head, it definitely should’ve cooled off by now.

He continued down the sidewalk as the motel came into view, glad it wasn’t too far away from the library. I never thought I’d be looking forward to a motels’ AC. He took his key out of his pocket, unlocking the door just as he heard his brother swear.

He opened the door, hope dashed as he didn’t feel a temperature difference between the street and the room. He raised an eyebrow as he saw his brother, sitting on the floor, face twisted in despair, disassembled AC unit laying in front of him, “Uh, Dean?”

The blonde wiped the sweat off his forehead with one arm, desperate eyes flicking up to the giant, “I-it just stopped working. I tried to fix it, but,” he kicked it, face falling further, “Stupid thing is too old.” He got up, giving the thing another kick, before turning his eyes to the giant, “What are we supposed to do now?”

“Well,” Sam couldn’t help the smirk he felt split his face as he made his way toward the freezer, “I’d start with removing the flannel.”

Like this fic? Check out more (regularly scheduled fics) here!

Also, I was thinking of possibly making a series of fics that start with ‘Son of a bitch!’ because I think it’d be fun, and I have a lot of ideas for fics to start that way. Let me know below how you’d feel about that. Love it? Hate it? Would you read them if I did decide to go ahead and make them a series? Or, do you think it’d be too confusing? Let me know! 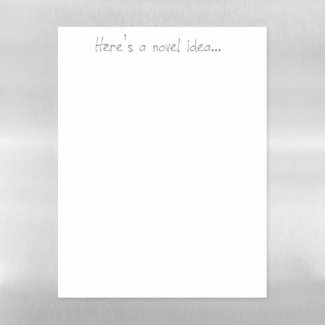