I was doing some thinking and realized not everyone who may stumble across my TAF’s page will a) be in Fandom b) watch Supernatural and c) have any idea what the tags mean.

What’s the point of tagging your stories if the people reading them don’t understand the tags?

There isn’t one. So, below you’ll find all the tags I use to organize the stories. I hope these help you navigate the stories easier and lead you to find something you like. This list may broaden/get updated as I continue writing/posting fics.

TAF – Throw Away Fics stories that were written either as requests, for fun, or both. Can be found on the TAF’s page. (If you have a request idea, send me an e-mail: fanfic@aterimber.com with the subject line ‘Request’, and you can give me as much or as little detail as you’d like.)

*I only accept requests for Supernatural fanfics at this time. (No smut) Requests will be written and posted according to my pre-determined posting schedule (every 2 weeks). That said, I will try to post them as soon as possible.

NFF – Non-fanfiction This tag will be on all the stories that I write that are mine. My characters, scenery, settings, etc. all of it is mine. I’m not playing in Kripke’s sandbox for these stories. (But they’re still good!)

TW/T.W. – Trigger Warning Will be clearly stated at the top of the story, along with whatever the warning is for. This is because some of the stories contain sensitive material, and I urge those who struggle with certain topics to read on in caution, because I understand sometimes reading about certain things (whether it’s eating disorders, suicide, or something else) can be triggering for certain people.

I’m just a person who enjoys writing stories, and wants to share that with others. I’m not trying to cause anybody any ill will or pain, and I know sometimes my subject matter can get pretty dark.

I will always try to say what the trigger warning is for, and how graphic things get, at the top of the fic (where the word count is)

TW: Suicide – this would mean that there is a suicide in the below fic, and that you are in the scene with the character while it’s happening, though it most likely won’t be graphically depicted.

TW: Suicide (Mentioned) – this means the suicide is not expressly/graphically shown, but happens ‘off-screen’, or it’s acknowledged that one happened in the past that the characters are going to talk about, or mention in conversation (non-graphically).

TW: Suicide (Attempt) – this means there is a suicide attempt ‘on screen’, but in a non-graphic depiction. May also mean that the characters’ suicide is prevented and/or interrupted.

A good example of this is in Hold Your Breath.

TW: Suicide (Graphic) – this means you follow the character and it is described in detail how it’s done/what’s happening. (Ex. Dean watches as the blood begins to pour out the fresh cut on his wrist, and tilts his head back as the numbness begins to take over)

Fanfiction/fanfic – Stories (fics) written using characters that aren’t mine. They will mostly (if not all) be characters from the T.V. show Supernatural. While you don’t need to watch the show to understand the fics, a quick Google search of the characters listed below may help you out with what they look like/some general background information:
– Sam Winchester
– Dean Winchester
– Cas/Castiel
– Gabriel
– Lucifer
– Crowley
– Jess
– John Winchester
– Mary Winchester
– Bobby

C2C – Closer to Canon, the boys are still hunters, and are hunting in the fic. These fics will feel like you’re watching an episode of the show. (Although it may feel shorter.)

Gen. –  Short for General, no reference to a slash pairing.

Fluff – A feel good, sweet fic that’s usually paired with a slash pairing. Read when feeling sad to pick up your spirits.

Dark – These fics are ‘heavy’, and may be paired with a Trigger Warning.

SF/Song!Fic – Song Fic Refers to a story I wrote that is closely based on a song/lyric in a song. The song the story is based on will be at the top of the page, along with the number of words. Can either be fanfiction or my own story. I may also link the song the fic is based on, so you can listen to it, and get a feel for how the fic is going to be.

OWF – One Word Fic This would be a story I wrote that is based on just one random word. The word will most likely be the title of the fic, or will be in the description at the top of the page, along with the word count. Can either be fanfiction or my own story.

The following definitions apply to fanfiction stories only:

Sick!fic means there are one or more characters in the story who are sick

Wee!Chester/s – one of (or both) the Winchester brothers (Sam and/or Dean) are kids. The age technically can rage anywhere between babies to about 12, after that, they’re called Teen!Chesters.

I usually write Wee!Chesters in reference to Sam and/or Dean being ‘little kids’, around 5 years old or so.

!Character – Refers to how that character will be portrayed in the fic (Sick!Dean = Dean is sick, Abusive!John = John is abusive, etc.)

Sassy!Cas is based on Jack from the TV show Will and Grace. And is an over-the-top, unapologetic, flaming queen. The best and first example of him is in my fic A Thousand Promises, where he’s a wedding planner trying to keep the Sabriel wedding from falling to pieces.

mentions of !Character/!Characer (Mentioned) – that trait is mentioned/referenced/acknowledged but not explicitly seen, and the character is more of a side character.

mentions of Abusive!John or Abusive!John (Mentioned) – it’s acknowledged/referenced that John is/was abusive, but there’s no explicit scene of him actually abusing anyone. Also means he may come and go at different parts of the fic, or may not even be in the fic at all, with the exception of other characters talking about him.

CharacterxCharacter – The two characters are together as a couple. (If it’s also tagged ‘smut‘, there’s a scene [or multiple scenes] where they have sex)

xReader – These are reader inserts. One character is written as ‘you’ (you handed Dean the knife, Sam wrapped his arms around you, etc.) and can also refer to a slash pairing. (Ex. DeanxReader, you are in a relationship with Dean for the fic)

If other characters need to use ‘your’ name, it will look like this “Y/N” – this is short for Your Name. (Because I don’t actually know your name and therefore can’t insert it)

Hallucifer is the hallucination Sam has of Lucifer after Cas breaks the mental wall Death set up to keep his memories from Hell at bay. At the beginning of S7, Sam starts seeing Lucifer, who tries to convince him he never really left Hell, and that he’s still there.

In fic, since Hallucifer is (canonically) Sams’ brain twisting the memory of Lucifer/how Lucifer is into something else, it’s generally accepted that he behaves differently than that shown in the show. For example, he may have casual conversations with Sam (without Sam freaking out), they may be friendly, etc.

I personally enjoy writing him as more of a nuisance then a threat to Sam. Some fics I write Sam may be ‘used to’ having Hallucifer around and isn’t as bothered/Hallucifer may not be actively trying to convince Sam of still being in the Cage, trying to hurt him, etc. I find it’s also good to have someone for Sam to play off of when he’s alone.

Also, both Hallucifer and the real Lucifer (non-canon) suffer from a mild Pop-Tarts addiction. There’s not really any particle reason, except that I used to love them, and I thought it’d be funny.

I’m sure some of you have probably noticed, in some of the Sabriel and/or Destiel fics I write, I have scenes where the brothers’ talk to their respective angels in their minds. I explain how this works in A Sweet Intervention (which was the first slash fic I ever wrote, although I’ve since taken it off DA and will re-release it altogether as one complete story).

Since writing Sweet, it’s kind of become my running head-cannon for any other slash fic I write (where I keep Gabe and Cas angels), that they’re able to hear each other. I think it adds a nice layer of closeness, that they trust each other enough to always be in their head. (It also comes in handy if they’re ever separated/in trouble)

Here’s a condensed version, just so you’re not confused:

Essentially, both angels gave a part of their grace to their respective (sometimes retired) hunters as a sign of their commitment to each other. In Sam’s case, this item is a bracelet. For Dean, it’s the handprint that was left when he was rescued from Hell.

Some fics, it may be written that Sam removes ‘the’ bracelet and Gabriel gets upset, this would be why.

Eyes are the windows to the soul, so when an angel possesses a vessel, the eyes show the angel’s grace, instead (since they don’t have souls) and their grace is the same colour as their wings (since both are part of their true form).

Cas – Black (they were scorched by the fires of Hell when he saved Dean, so they’re mostly ash now, before that they were a great, deep blue, like his eyes)

Gabriel – Hazel/Gold (Indicative of his time as a Trickster. (The closest colour/s to nougat)

Lucifer – Blue-ish Grey (Since he’s a fallen angel, the colour has faded.)

Sabriel – Story contains scenes/scenarios where Sam and Gabriel are together as a couple.

Destiel – Story contains scenes/scenarios where Dean and Cas are together as a couple.

Samifer – Story contains scenes/scenarios where Sam and Lucifer are together as a couple.

Crobby – Story contains scenes/scenarios where Bobby and Crowley are together as a couple.

*These fics may also be tagged as ‘slash’ or ‘slash fic’

These tags will be at the top of each fic before the story begins, along with the word count, and the date/s the fic was written.

Now that you’ve just finished your crash-course in Fandom-Lingo, you can head on over to my Throw Away Fics page and (hopefully) find a fic to enjoy. 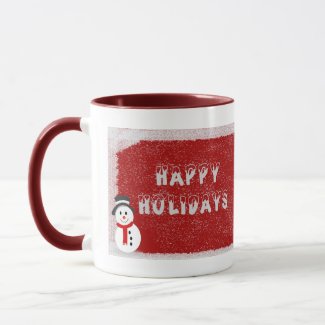