Even a fast food place with chicken in it’s name has vegan options!

Granted, there’s not too many, but still – we really are living in the future!

Starting in the top-hand corner, and moving clockwise:

There were a few other things that were vegan, but I wasn’t able to find pictures of. Those items are:

One thing to note, for the plant-based fillet, though the website says it has vegan ingredients, a different page on the website said it’s cooked in the same fryer as their meat fillets. I believe this is why they’re officially calling it their ‘plant based’ sandwich, instead of actually using the word ‘vegan’.

It’s great to see them opening up to plant based options, but I’ll leave whether or not you want to buy the sandwich up to you.

Perhaps in the future, they’ll see their error and begin cooking it in a different fryer. But for now, it’s a no go for me.

As far as fast food goes, Chipotle is a pretty healthy option. They have lots of recognizable, real food to choose from, including an awesome selection of vegetables, and they let you pick what goes in your meal!

They also have the option to filter based on diet (Vegetarian, Vegan, Soy, Gluten, etc) and, they make their ingredients very easy to find.

As if that wasn’t enough, when you click on an ingredient in the above list, it opens a little description about it, and a list that tells you which of their foods the ingredient is used in!

Honestly, this was one of not only the easiest, but also the fastest ‘researches’ I did into a company’s ingredients.

I 100% agree with what they say on their ingredient page: why can’t every company be this straight forward?

So, we know that they make it easy to find things for your vegan preferences, but how many things actually come up in that list?

Starting in the upper left-hand corner, and moving clock-wise:

I wasn’t able to find pictures of the following, but the below foods are also vegan:

*I would like to point out that these are ingredients listed, and vegan options available at Chipotle for Canada. If you live in a different country, I always recommend checking the ingredients for where you live, as companies often change the ingredients depending on which country they’re selling in.

Like this article? Check out the rest of the Vegan Fast Food series here!

Some people don’t include Subway as a fast food place, because what they serve is more healthy then usual, but I say it’s called ‘fast food’, not ‘unhealthy food’.

Also, as vegans, we don’t really have the luxury of leaving places off our lists of acceptable places to eat.

Luckily though, Subway is pretty much a vegans’ dream because they have a lot of vegetables, and it’s pretty reasonably priced.

In order, starting in the top left corner:

*Some restaurants have a veggie patty that contains egg and/or milk. Please ask before ordering.

I was surprised to learn that Subway offered coffee, and that so many of their sauces are vegan! Every time I’ve gone previously, I never got any sauce, unless they had ketchup. I thought I’d be cursed with eating dry sandwiches forever, but now I’m excited to try some sauces!

I also recommend asking the store what they have, as not every location always has every option available.

Check out the rest of the Vegan Fast Food series here!

Just like with the other additions of this series, I’m beginning to notice that while there are more offerings than before, there’s still pretty pitiful amounts of vegan food available at non-vegan fast food places.

Seriously, didn’t these guys get the memo?

Luckily though, it makes it easier to do these types of posts because it takes way less time to research the ingredients than it does for the Surprising Vegan series.

*In case you missed it when it was announced, the Beyond Meat burger is not vegan upon ordering. You need to clarify that you would like it with out the mayo or mustard.

**Okay, so this is a bit of a weird thing I discovered. For the Root Beer, it listed ‘Colour (Caramel IV)’ and me being the curious person I am, decided to Google what that was. In my Googling (it was actually pretty much the first thing that popped up) I discovered that this colouring wasn’t vegan, either. (If you don’t feel like clicking through, it was tested on rats and mice to see if it was toxic)

Some of the other names this Caramel IV goes by include:

I’ll sadly be adding this to the list of other food dyes that are tested on animals and doing my best to avoid it. (Thank God I don’t drink pop!)

*** The Lemonade is vegan, but there was no picture available.

Well there you go!

There’s juuuust enough vegan food available so that you won’t starve if there’s nothing else around. And hey, at least they’ve got a burger option now!

I got to try this sandwich back in February (it was actually during my birthday week) and I’m glad to say I loved it!

I had to do some other shopping before I was able to sit down and eat it, so the sandwich was a bit smushed when I finally got home and was ready to dig in. (This is also why I’m using the official picture)

First thing I want to say, was while I was ordering, I wasn’t too excited to try it. The Subway I went to was pretty small and busy (I inadvertently went there around the lunch rush) so I felt very rushed.

Unlike when I tried the Beyond Burger at A&W, it was slower and I was able to ask some questions before completing the order. I had asked an employee specifically about their marinara, and while he didn’t seem sure, I was able to check the website when I got home, and am happy to report the marinara is vegan!

I told them to hold the cheese (obviously), and then for veggies, I got: lettuce, cucumbers, spinach, green peppers and tomatoes. I had some Daiya Smoked Gouda at home that I added as well.

The sandwich itself was pretty substantial. I got a footlong, and I’m happy to report they gave me 9 meatballs. (5 on one half, and 4 on the other) I’m not sure how many were ‘supposed’ to be placed in there, but the worker didn’t count them out either. He just took a scoop of the meatballs (covered in marinara sauce) and rolled them out onto the bread.

Honestly, when he did that, it looked kind of gross. Just splatted on the bread… But I’m glad my first impression was wrong because it was actually pretty good!

Aside from the mess, the taste was good. The Beyond Meatballs tasted similar to the A&W Beyond Meat Burger, (which didn’t surprise me because it’s the same company) and they weren’t too big or too small either. They’re about the size of a loonie, which I think is a good meatball size. I believe they’re the same size as the Gardein Meatballs, too. I’m glad they weren’t too small, like almost every other pre-packaged vegan food is. They had what I’m going to call the ‘typical’ Beyond Meat taste.

A friend tried one of the meatballs and they said ‘you could fool a meat-eater with that. Seriously.’ I personally can tell it’s not real meat, but maybe that’s because I don’t eat it anymore? My palate is now fine-tuned to veggies!

The marinara sauce was a little on the herb-y side, and it kind of reminded me of the Roads’ End Savoury Herb gravy. Y’know how some herb-y heavy sauces have that ‘light’ taste? It was like that. They also put way too much sauce on my sandwich, it leaked out all over the plate. But that’s the risk you take when getting a meatball marinara, I guess.

I’d definitely recommend adding your own vegan cheese to it, as the Daiya cheeses’ smoke-y flavour lent itself well to the over-all taste. I’d definitely get this again, but I wouldn’t put cucumbers on it. It’s not that it was bad, but it was definitely one of my least favourite parts.

The sandwich itself was $11-something, and the combo with drinks and chips I got it for $16. That’s actually a pretty good price for a vegan sandwich. Especially because of how filling it is – not in that I’m-so-full-I-can’t-move-and-feel-gross way, but in a highly satisfied way. It’s pretty bang for your buck, if you ask me.

If you want something non-saucy, the website and posters do say there is a non-marinara meatball version, though I didn’t see it out in the trays. (Though this might have been more because I was rushed and am too short to see over the counter)

So the Beyond Meatball Marinara, have you tried it? What’d you think? Let me know in the comments below!

With the summer months coming up, and school letting out, there’s a good chance that you’ll find yourself at a movie theater sometime in the next few months.

New vegans, fear not! Thanks to this new Surprising Vegan Fast Food series I’m starting, you can still enjoy the fruits of the movie theater labour. Enjoy your movie nights out with no worry as you take a bite out of one of the below foods.

*As always, all the following information is specific to Canada. If you live in a different country, I recommend you check the ingredients yourself for your specific country*

The Allergen chart says that the ‘popcorn topping’ is vegan, but the butter topping they use contains milk. I’m assuming the ‘popcorn topping’ is some sort of salt. Good to know you can still enjoy popcorn at the movies! Though I’d recommend perhaps calling ahead, since they would most likely have to make you a brand new batch. (And let’s be honest, that would be pretty annoying to do to the workers without notice, especially if you’re going when it’s busy)

I didn’t list them, as they’re not exclusive to Cineplex, but there are a bunch of vegan candies you can usually buy at the concession stands as well.

As you can see, there are many goodies we as vegans can still enjoy at the movies.

Have a movie snack fav I forgot to list? Let me know in the comments! 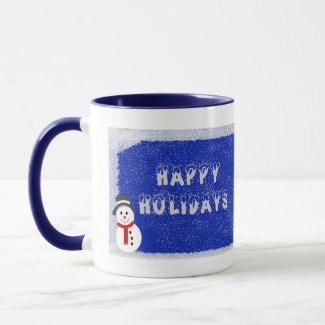